Finding your groove at Cascade

Here at Cascade, we have a little something for everyone. Whether you’re embarking on your first long-distance riding event, putting your mechanic skills to use as a volunteer in our Fix-it Garage, or attending a film screening in our auditorium, there are lots of ways to experience what Cascade has to offer. And we hope that once you find something you like, you’ll keep coming back to explore, because there are lots of fun ways to stay involved with our work.

We have a robust volunteer program, for example, with more than 800 people who come out to help us stuff packets, enter data, repair bikes and much more. Many of our volunteers are avid event riders working toward their next earned registration. Cascade 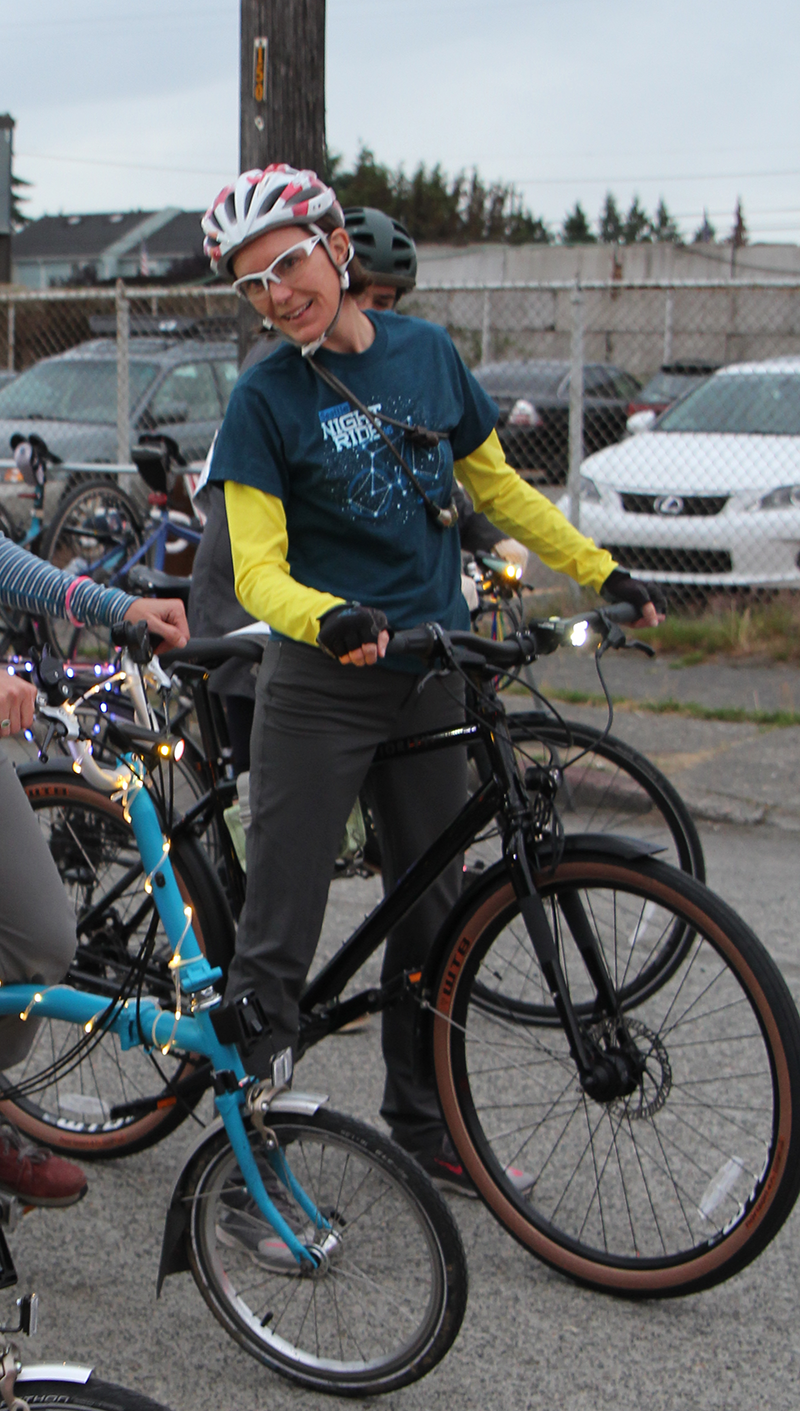 volunteer Laura (pictured left) first got involved when she moved to the area about two years ago. After coming across some volunteer opportunities on Cascade’s website, she thought it might be a great way to meet new people with similar interests, and started chipping in wherever needed. Laura can often be found stuffing packets for upcoming riding events or doing data entry and other technical work for Cascade’s membership and fundraising programs. When asked why she likes to stay involved as a volunteer, Laura replied that “everybody treats the volunteers so well, and the staff is so appreciative.” She continued that “it doesn’t even feel like I’m volunteering my time. Cascade treats its volunteers like family, and that keeps me coming back.”

Cascade’s community is also enriched through young people who get involved in our school programs and then give back by working with new classes of students. Bao (pictured below right, first student on the left) is a former Major Taylor Project student who graduated and is now an after-school ride club leader with the program. “When I first joined MTP, it was when I just came to the US, and I decided to participate because I want to explore the neighborhood,” Bao explained. “As the year went on, I realized that MTP gave me much more than just 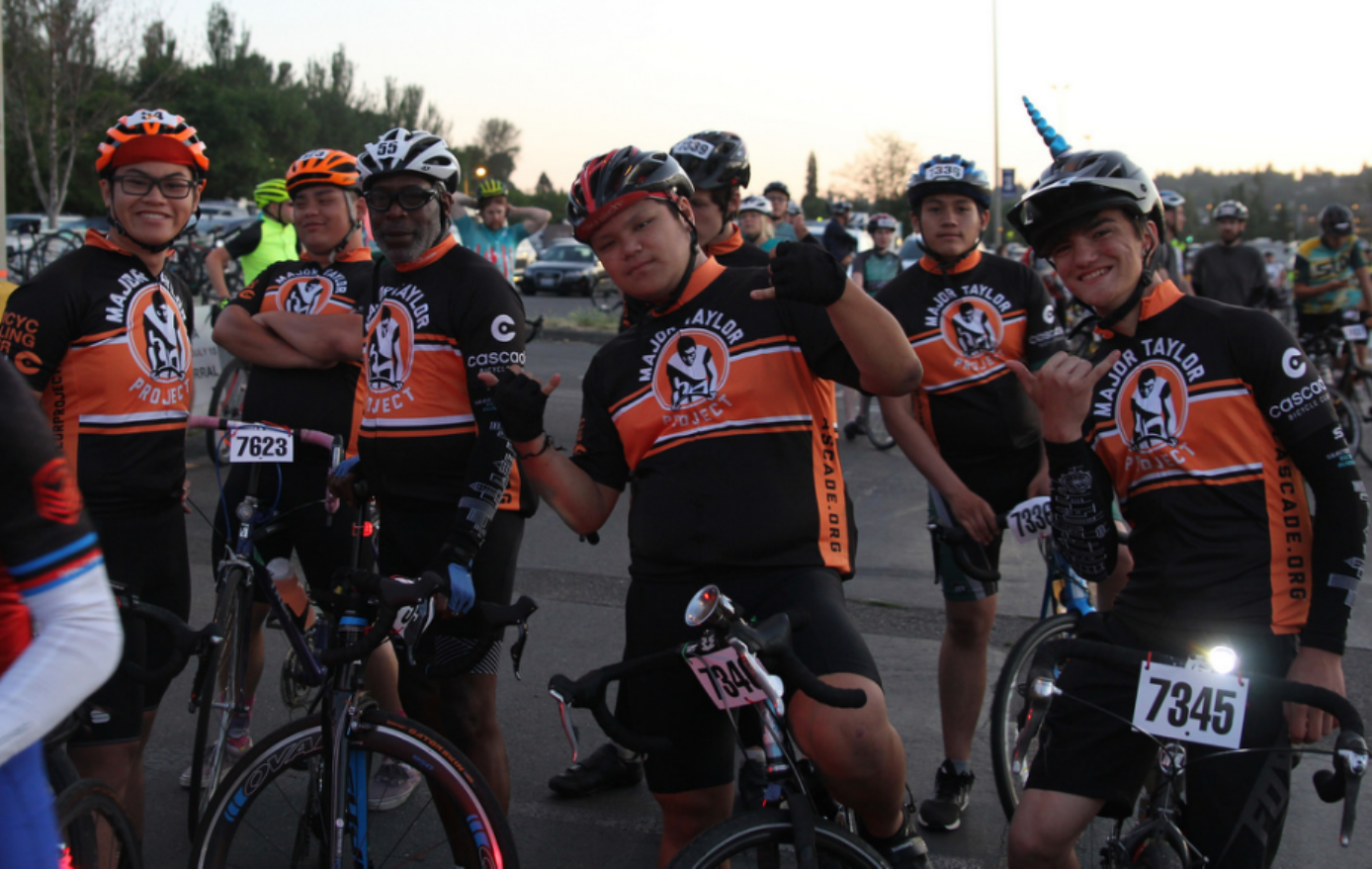 exploring neighborhoods; it gave me a community, a second family. Because of this wonderful thing that MTP did for me, I want to help others like me find a community and build a family here, in their new home.”

Bao isn’t the only one who was inspired to stay connected to his community through his work here. Cascade board member Sandi (pictured below) first got involved by riding in some of Cascade’s major events. After joining the Cascade Training Series to help her prepare for the Seattle to Portland, Sandi stayed on course with Cascade’s Free Group Rides program. Eventually she became a volunteer ride leader and then joined the rides committee. Sandi believes that all of Cascade’s programs are inherently connected, and that “being a part of the Free Group Rides program brought about awareness of the need for advocacy around cycling infrastructure in the region, which is intricately connected to education.” She explained that her continued participation on Cascade’s board confirmed her interest in advocating on behalf of her community. “Being a part of the Cascade board allowed me to be an active participant in bringing about positive change in all of these areas.” 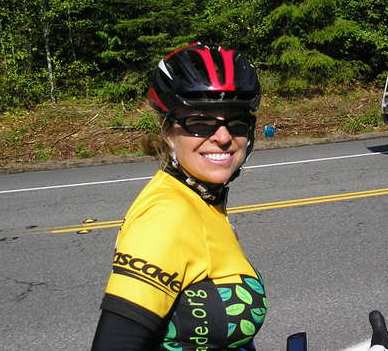 Even many of Cascade’s own staff members came to know the organization before working here. Dave, senior director of events, and Alex, office coordinator, both got involved in Cascade’s major riding events before joining as staff members. Others like Richard, Cascade’s executive director, describe more of a family affair. All three of his kids went through Cascade’s Let’s Go bicycle education program in Seattle Public Schools. Like many others, Richard is a previous Seattle to Portland finisher, and he relied on the Cascade Training Series to help get him there.

So whether you’re here to take a bike ride, learn a new maintenance skill or volunteer your time, we appreciate you joining us, and we hope you’ll find something new that keeps you coming back to Cascade!

Cities Have a Responsibility for Safe Streets. Bellevue is Poised to Act