Big Dreams- One Pedal Stroke at a Time

For those who rode from Seattle to Portland last month, the journey seemed electrified.

Perhaps no riders felt this more than seven of the 57 Major Taylor Project (MTP) students clad in their orange and black jerseys. Together, they made up the MTP riders conquering the STP in one day.

Crossing the finish line as a team, they set a record for the largest group of MTP students ever to complete the Kaiser Permanente Seattle to Portland presented by Alaska Airlines in a single day. Cascade owes a huge thanks to donors, volunteers, ride leaders and Kaiser Permanente for their support of the one day riders in their journey.

Three months earlier, students participating in MTP started waking up at 6:30 a.m. each Saturday morning to begin their training series for the Seattle to Portland ride (STP).

“It was crazy to see the students grow on their training sessions,” recalled Kacey, a ride leader for MTP. “When we started the training with a 35-mile ride, some students were walking up hills, and some wondered how we were going to get to 200 miles.” 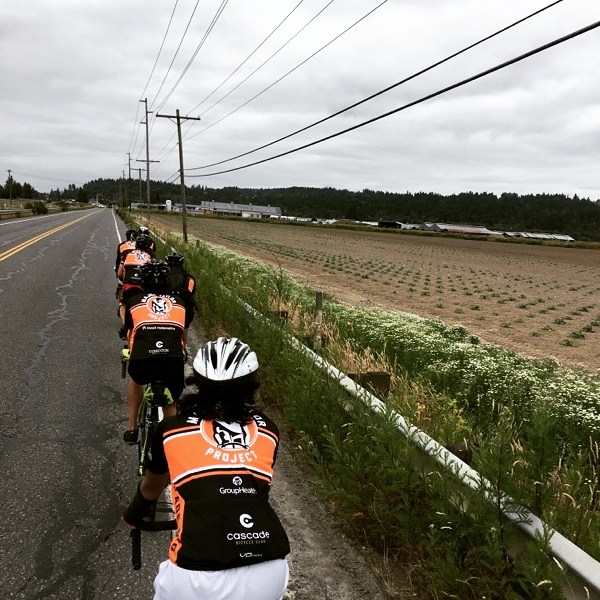 Even as students asked themselves “Is this something I can do?” they showed up to more and more Saturday training, and the distances stretched longer and longer. Students learned how to pace themselves and ride as a team, and they took new routes that lead them to new places.

One MTP student added, “At first the training felt tedious but I knew it was necessary. As we bumped the mile starting at 40 miles, where it already felt difficult, to some 100 mile rides, I really felt that I was growing and becoming a lot stronger.”

The road to Portland was not always easy. One student found himself with a busted tire only 25 miles into the ride. Deric, a ride leader, waited with him for a support vehicle to help fix the wheel while the rest of the group pushed on. He was given a choice: ride in a van to catch up with the group, or try to make up the time by bike.

“My logical side said to just take the van so at least we can all still do one-day STP, but after talking to Deric, it seemed like we had the skill to do it and catch up,” the student recalled. “After that moment, I realized that I really wanted to do one-day STP. And I wouldn't be able to say that I did one-day STP proudly in the future if I knew that I skipped 20 miles.”

Determined to catch up, they set out 45 minutes later, pushing their pace faster and faster. Even with a tough headwind at times, they were able to re-group with other STP riders along the way. Finally, around mile 150, they caught up to the rest of the group.

Reunited, the team of one-day STP riders from MTP crossed the finish line together to a roaring crowd of supporters.

What they had just achieved felt big; this was a moment they would remember for years to come.

For the MTP student who was able to catch up to his team, the moment was one to treasure: “I felt really accomplished when I crossed the finish line,” he said. “As if going through the work and struggle was finally being paid off in a grand fashion. It felt bittersweet that a milestone has been completed, but the fun of working towards completing it is over.” 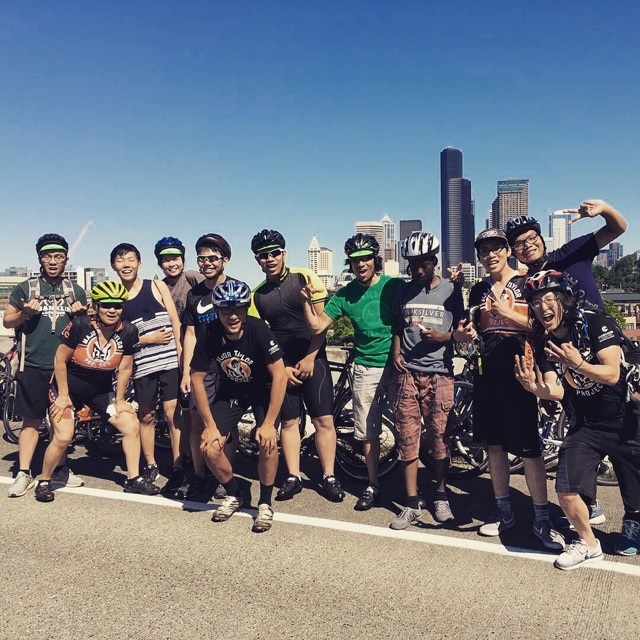 This is the magic of the Major Taylor Project.

Students have already asked if they can challenge themselves with the one-day STP training opportunity again next year, and as the program continues to grow, record numbers of students are expected to participate in the one and two-day STP. Cascade is thrilled to continue providing opportunities for youth to unleash their full potential.

But we need your help.

MTP is made possible because of donors like you. You can keep these young riders pedaling by helping to raise $125,000 by the end of the year. We know it’s an ambitious goal, but if we’ve learned anything from the perseverance and commitment of the MTP students, it’s been to dream big. Then take it one pedal stroke at a time to make those dreams a reality.

If you act now, your donation will be doubled up to $16,000, thanks to a group of donors who believe in this program.

But we only have a short amount of time to meet this challenge. Give today and help the next generation of riders!