Now is the best time to begin a good habit 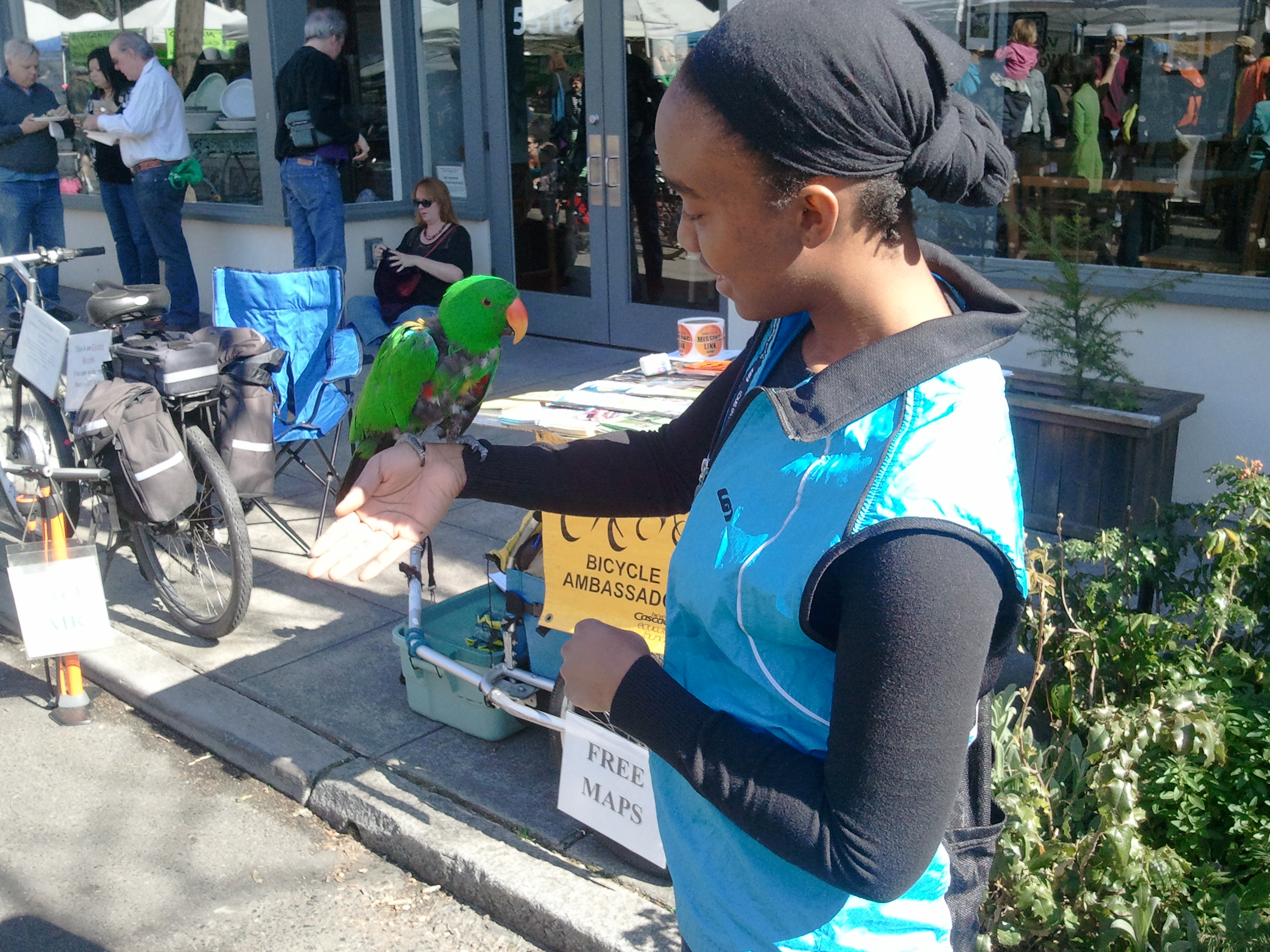 A firm believer that now is the best time to begin a good habit, Khatsini began commuting by bike out of the desire to create more time to be active, an urge to travel with less dependency on the bus and, most recently, for the opportunity to be an ambassador for all forms of bicycling.

But like so many others, her hurdle to bike commuting was the fear of cycling alongside cars and potentially getting hit.

“The Urban Cycling Techniques class gave me a chance to push my boundaries in a safe yet challenging environment. During the training I learned that I enjoyed riding on the road as much as anywhere else (before I would ride mostly on trails and sidewalks),” said Khatsini. “Now that I have the basic road safety skills down, I can challenge myself to ride on busier streets on my own. I feel less limited when I plan trips and have found that sharing my story can help others gain confidence as well.”

“My main goal is to gradually make commuting by bike a more consistent part of my lifestyle,” she said.  “I think that bike month will definitely help me hold myself to that goal- as will contributing to the commuting miles of my [Commute Challenge] team and finding more people to ride with,” she said.

Khatsini said she’s discovered that bike commuting reduces stress and challenges her to be more aware of her surroundings.”

“I like taking photographs and will often take my camera with me when I ride,” she said.  “Recently I've seen a lot of younger women out on their bike- it's awesome! The more bikers I see out and about, the more confident I feel and I hope the same applies to others.”

When she’s not biking to local events with her fellow ambassadors, Khatsini takes the bus from Seattle’s First Hill neighborhood to Kirkland where she attends school.

“My next commuting challenge is to bike for at least 50 percent of my commute to and from school consistently- that would be about 20 miles,” she said. “Now that I've put it out there, it will happen!”

We’re glad to have you as a Bike Ambassador and good luck with your challenge! Ride on!

Cascade’s COVID-19 Advocacy Platform: A Call for Open Streets, Protected Networks, and An Economic Recovery That Centers Investments in Biking