E-ballots will be delivered to active Cascade members on December 7, 2017 and must be submitted by December 15, 2017.

The Cascade Board of Directors represents the voice of its members and is responsible to the membership. Their role is to ensure that Cascade’s resources are being used to the greatest benefit for all members, as well as the larger community.

For 2018 we have six board seats up for election. Over the past months we’ve received great nominations, and after review, the search committee is happy to present a six-member slate of candidates to the Cascade Board of Directors.

Five of these candidates are incumbents. If elected, the new or re-elected board members will serve a three-year term beginning in 2018. 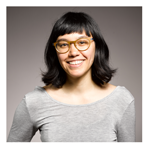 About Amanda: Amanda is a civil engineer at Seattle Public Utilities, where she specializes in stormwater policy, utility design/plan review, and green stormwater infrastructure. She is dedicated to enriching community and the urban environment in Seattle; in designing for ecological restoration and watershed protection, equitable transportation infrastructure is a critical component.

Amanda holds a B.S. in Environmental Resources Engineering from the SUNY College of Environmental Sciences and Forestry, and a Certificate in Green Stormwater Infrastructure from UW. She currently serves on the Seattle Bicycle Advisory Board, and is a recent graduate of Cascade’s Advocacy Leadership Institute and former Community Leadership Institute Fellow at Puget Sound Sage.

As a volunteer with the Major Taylor Project since 2014, she strives to empower diverse youth impressed upon by the demographic lean of the cycling world. Supporting young people of color is not only important in creating a more inclusionary ethos around cycling, but in inciting the dialogue around the efficacy of the bicycle and other urban forms as a mode to ending racism. 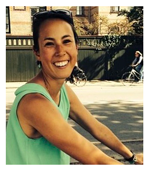 Wheels: A cheap aluminum Trek for commuting, a second-hand Rodriguez steel-frame for touring, a Felt for triathlons, and a basic mountain bike for hitting the trails

Rides: Casey sold her car shortly after moving to Seattle, so primarily gets around the city on two wheels. In recent years, she's started enjoying bike touring, including weeknight camping trips on Bainbridge. She's raced a few triathlons and completed her first century during Cascade's RSVP ride.

About Casey: Casey is driven by a desire to develop thriving communities and a healthy environment by making it safer and easier for everyone to bike.

Casey dabbled in bike racing in high school and began biking for transportation in college at the University of Oregon. After graduating, Casey moved to Denmark where she studied bicycle transportation as a Fulbright Fellow and learned how thoughtful decision-making and design can transform how people choose to get around. She received her masters in urban planning from Aalborg University. 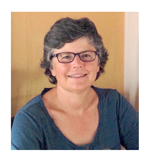 Wheels: 2004 Rodriguez Stellar Race for road riding and 2007 Rodriguez Rainier for riding in the rain and for touring.

Rides: I have been a Cascade member since 2002 and have participated in the major Cascade rides. My favorite rides are RSVP and RAW (6 times each). I have been a ride leader with Cascade for around nine years and have been active with the Cascade Training Series both as a rider and as a leader. I have toured in California, Texas, Wisconsin (self-supported) and in France, Italy, and Portugal (pampered by a tour company).

About Margaret: I began riding seriously in Austin, Texas in 1983 with short bike tours and a local century event and continued riding tours and century events in San Diego, Calif. My husband Phil and I met in San Diego, introduced by mutual friends who knew we shared a love of cycling. We enjoyed cycling in San Diego, but the lack of safe bike infrastructure became a real barrier over time for me to access bicycling. Upon arriving in Seattle in the late ‘90s, we discovered the terrific trails and other bike facilities that opened up this beautiful area for exploration and discovery by bike. Since then, when not riding, I have assisted as a volunteer with advocacy campaigns for transit and climate issues.

In the last 20 years, conditions for cycling have improved tremendously, but there are real issues with connectivity in the Puget Sound region that remain a barrier to access to cycling for many people. I believe that biking should be safe, appealing and accessible to all in this region. I believe that this goal is very achievable with the focus and effort by Cascade and with the support of its members.

My work as a research biochemist in the biotechnology industry brought me to Seattle. I am retired but still consulting, with over 30 years of experience in protein chemistry and molecular biology. The natural beauty of Washington and the great bicycling opportunities have determined to keep me here.

Wheels: A workhorse 2001 Lemond Zurich with fenders and lots of lights for wet, winter rides. In dry conditions, a Specialized Roubaix – also with lots of lights.

Rides: Commutes to and from Seattle. regular weekend rides, and group rides such as the Seattle to Portland, Ride from Seattle to Vancouver & Party (RSVP), High Pass Challenge (HPC), Fall Colors and RAMROD. He is also a happy member of Gang Green during Bike Everywhere month.

About Jim: Jim is a long-time entrepreneur focused on developing or fostering the development of early stage companies in Asia and the US. He has served on the boards of private companies as well as several non-profit boards, most recent was Water1st International, where he was also the Treasurer. Jim has been a member of the Cascade Bicycle Club Finance Committee for several years.

Jim’s special interest is safety for the most vulnerable on our roads: cyclists and pedestrians. His experience raising three bicycling sons coupled with witnessing several bicycling accidents have reinforced his interest in making our roads safer. He has actively helped staff road counts, put on bicycle rodeos, and participated in safe bicycling educational events at local schools. Six years ago he and a group of fellow concerned cyclists formed “Neighbors in Motion,” a community that advocates for improved facilities and courteous, safe behavior on Mercer Island roads. To this end NIM has organized community meetings on road safety and worked with the city on a range of cycling issues. Jim believes that cyclists benefit by demonstrating the courtesy and safe behaviors we expect from motorists, pedestrians and other cyclists.

Jim’s interest in serious cycling and Cascade was sparked by riding the 1996 STP on mountain bikes along with his 12-year old son. That experience led to joining a regular cycling group (Buty Riders) which in turn opened up a whole new world of cycling adventures in the Pacific Northwest, Europe, and Alaska. 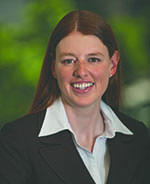 Wheels: Alexa has two bikes–a Specialized S-Works Tarmac SL4 and a Lynskey Titanium Sportive Disc. The Tarmac is reserved for fast summer rides while her Lynskey is a great all-around bike.

Favorite rides: Alexa does a lot of recreational riding as well as commuting. She's very active in Cascade’s Free Group Rides program as a Ride Leader, Rides Committee member and tour leader. Alexa says she participates in one-two tours a year and many of Cascade’s event rides (all her vacation days are spent bicycling). A couple of her favorite ride destinations are Walla Walla and the Cascades. She enjoys meeting new riders and bicycle enthusiasts.

About Alexa: Alexa grew up on the Sammamish Plateau when it was still rural. She’s also lived in Sammamish, Bellevue, Mercer Island and finally settled in Redmond with her husband Wilfried Mack (also a Cascade Ride Leader).

Alexa’s professional background is in accounting. She is currently the Director of Corporate Accounting for a reputable local commercial real estate company – Unico Properties. Alexa says most of her life is spent either working or on the bike. She also has horses, cats and chickens at home which keep her busy. She loves the outdoors and will do anything to ride her bike or horse whenever possible. Alexa and her husband tour and lead rides together. She says they both enjoy the experience of seeing the world by bike.

Vision: Alexa’s vision aligns with Cascade’s–to get more people on bikes riding for pleasure, transportation and enjoyment. Bicycling is sustainable and has an enormous social and psychological benefit. In her tenure, Alexa hopes to get many more people engaged in bicycling and to support Cascade in its mission. She hopes to one day see much more bicycle infrastructure connectivity and people out riding for fun because they feel safe doing so. 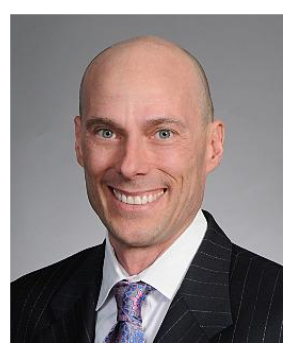 About Christopher: Christopher is a patent attorney and partner at Perkins Coie, a large international law firm based in Seattle. His background is in electrical engineering, though for the past 28 years he has helped clients patent their inventions and has counseled them on various intellectual property matters. He moved to Seattle from Washington D.C. in 1993 so that he and his wife could raise two active children.

Now that his children are older and (relatively) self-sufficient, he welcomes the opportunity to give back to his community. He has been passionate about biking since his first 10-speed Schwinn Continental, which he road in Parsippany, NJ while in middle school; he then graduated to a Trek 720, which he rode in New Orleans while in high school. As an adult, biking has been Christopher’s main mode of transportation when he lived in Denver and Washington DC, though he admits that he recently hasn't been commuting as much by bike in Seattle. He’s particularly interested in helping make Washington State more bike-friendly, primarily by adding more protected bike lanes and by encouraging more riders, especially younger riders.

Electronic voting will be available to all Cascade members on December 7, 2017 via email. Keep your eyes out for an email from Cascade Bicycle Club with your personalized voting link, and review your cascade.org account to keep your email address up to date. Please contact Cascade if your membership is active and you did not receive your personal e-ballot.