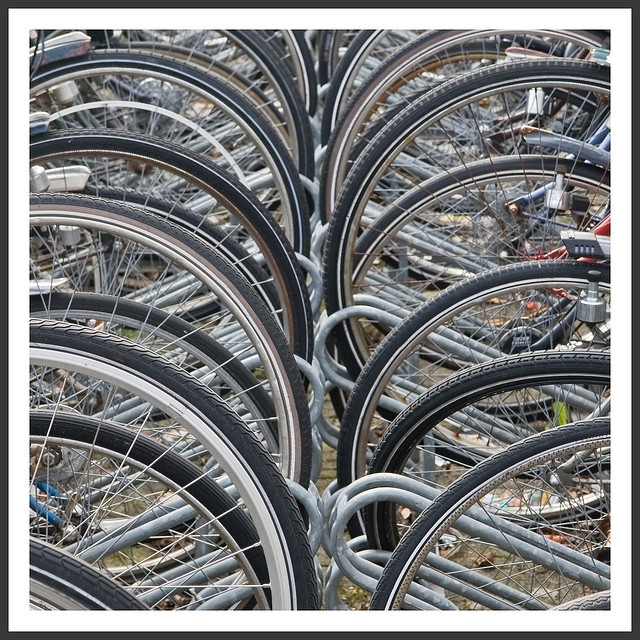 We’ve been around and around more times than a wheel on a century ride and, while we seem to make progress with each revolution, we’re not there yet.

Yesterday, King County Superior Court Judge Jim Rogers issued a decision on the Burke-Gilman Trail “Missing Link.”  The decision—his second—is the latest in a series of lawsuits brought on by the Ballard Business Appellants.  We’d been eagerly awaiting a decision on the case so the City of Seattle can stop with all the legal defense (yes, some of that is your money!) and move forward to finally complete the necessary safety improvements on the Missing Link.

I sat there yesterday morning as Judge Rogers announced his decision from the bench, at first listening to some favorable news.  Technically, he ruled in favor of 18 of 19 conclusions of the Hearing Examiner.  But Judge Rogers ruled against conclusion #9 of the Hearing Examiner’s ruling, asserting that, despite already being at a 10 percent level of design as is usual under the State Environmental Policy Act (SEPA), further design details from the City of Seattle are necessary.

Back we go.  And yes, we’ve been here before.  Completing the Missing Link has been planned by the City since it agreed to acquire the abandoned rail line right of way from Burlington Northern Santa Fe in 1989.  It’s been stalled by lawsuits and appeals since 2003, mainly by a handful of businesses opposed to the corridor safety improvements.

So where are we?  Is this just another turn of the crank or are we actually getting somewhere?  Once SDOT fills in some of the details that Judge Rogers is looking for—and shows that the project will not pose a significant impact to the environment—it’ll likely go back to the Hearing Examiner for a third go.  Then back to Judge Rogers, also for the third time.

We’re disappointed for several reasons.  First, that despite piles of evidence to the contrary, there are still pockets of attitudes that bicycling and industry are incompatible.  Also, that we might miss this summer’s construction season due to more legal wrangling.  And finally, that we may see yet more unnecessary injuries on the tracks and along the corridor as this gets figured out.

So be careful out there and help us finish this up.  Please consider a gift today to support the Burke-Gilman Legal Defense Fund so we can ride this one out together and get a safer trail built.

CE
Fri. Feb 17, 2012 11:03am
How frustrating! Makes me want to get some people together on Mountain bikes and just start riding the proposed route. Of course this would not be good for the cause. I hope the third time's a charm.

Dave Boyd
Thu. Feb 23, 2012 2:38pm
John, thanks for the thorough report, but I have a question. You write that it will "likely" go back to the Hearing Examiner, but since the HE already OK'd this, is that step necessary, or could it go straight back to Rogers? It would be nice to eliminate one step in the process...

Kirk From Ballard
Fri. Feb 24, 2012 11:15am
SO frustrating. The designed route is clearly the best route, mixed use trails and industry can and do coexist. The BBA are just NIMBYs trying to block the trail. And what is the Ballard CofC thinking, joining in with this nonsense? Oh well, give them their day in court. So what is the timeline now? Does the City have an estimate on how long it will take to design and submit the Shilshole section that is now required? What irks me are the repeated references by the BBA to "Recreational Cycling" as the impetus for the trail. I don't ride for recreation. I ride to commute. I would ride this section as part of my daily commute. And the trail is certainly not just used by cyclists. Also, the BBA's assertion that they are opposing the completion "for safety's sake". Yeah, right.

Unknown
Fri. Feb 24, 2012 10:46am
Thanks, CE. We're frustrated too, as you can imagine. Dave: yes, and we've already been to the Hearing Examiner twice! As part of the process, though, if the Ballard Business Appellants don't like what the City comes up with (that was ordered by Judge Rogers most recently), their recourse is to bring it to the Hearing Examiner. When it moves through there again, it'll then go back to Judge Rogers. We, too, wish there was a shorter timeline/path, but that's the legal process and we're obligated to follow it accordingly. Dennis: couldn't be more correct. We'll keep at it and hope you will too. Thanks for all your support. We WILL build this trail!

Thinking about donating a bike?

Dust off the bike and pedal into Spring